Stacking The Shelves is all about sharing the books you are adding to your shelves, may it be physical or virtual. This means you can include books you buy in physical store or online, books you borrow from friends or the library, review books, gifts and of course ebooks!
Hosted by Tynga’s Reviews and Reading Reality

The Sunday Post is a weekly meme hosted at Caffeinated Book Reviewer. It’s a chance to share news~ A post to recap the past week on your blog and showcase books and things we have received. Share news about what is coming up on our blog for the week ahead.

Mailbox Monday is the gathering place for readers to share the books that came in their mailbox during the last week. Warning: Mailbox Monday can lead to envy, toppling TBR piles and humongous wish lists.

LAST WEEK ON THE BLOG

THIS WEEK ON THE BLOG

BOOKS IN MY MAILBOX 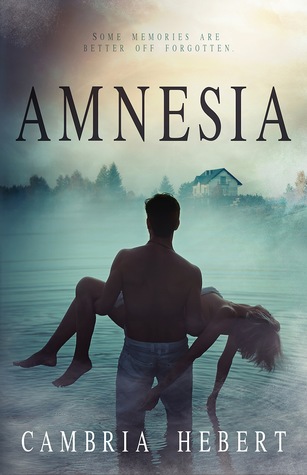 This has been a pretty quiet week.  Nothing much happened.  We’re just trying to get into our new routine since my husband recently started a new job and has had a complete change in his schedule. It’s a chance for the good though, so we’re all pretty excited about it.
The boys and I ventured out to a new park this week.  It’s about 30 minutes away but was totally worth the drive.  There are so many cool things to do there.  Once I get my van straightened out (I’m having to shell out $250 to get it fixed) we are going to go back.  One of our favorite parts of the park is the huge tree house they have set up there.  Part of the top floor of the tree house is nothing but netting.  All of the kids were jumping into it.  Logan did that and about gave me a heart-attack lol.

On Friday, my mom surprised me with this ring.  It was my grandmother’s wedding ring and now she is passing it down to me.

Yesterday we took the boys to Toys R Us for the Pokemon Trade event they were having.  It’s where you can bring your Pokemon cards to trade with other people.  We sat and waited for a long time but nobody was showing up so the employee running the event brought out his cards and traded with Chris and Logan.  He took the time to explain the card game to them, told them about what Pokemon was like when he was little, and all kinds of other neat things.  I thought it was really sweet that he took the time to do that and make sure that they still had fun.  Finally, about 30 minutes before the event ended, a few more kids showed up but only one of them wanted to trade, so after that, we decided to walk around the store to see if Chris and Logan could find anything they wanted to spend their money on.  They both bought a plush Pokemon, a pack of Pokemon cards, and a fidgit spinner. Those things are actually pretty fun.  We had a lot of fun playing with them last night.
Today is mine and my husband’s 12th wedding anniversary and Wednesday is my birthday.  We’re a little short on money right now since my van needs to be fixed, but as soon as we get paid again, we’ll go out to dinner to celebrate or something.
Happy Father’s Day to all the wonderful dads out there! Ha!  This made me laugh so hard and reminds me of my dog, Killian.  He is SO dramatic.  I have no doubt this would be him.