UNTAMABLE by Jamie Schlosser
Romantic Comedy
A Standalone Novel
Emery Matheson knows p*ssies. Cats, that is. As the star of a reality show called The P*ssy Tamer, it’s his job to fix extreme feline behavioral issues.
When he hears about his next project—a lonely cat hoarder named Estelle—he expects a little old widow, not the blond bombshell who opens the door.
With a 100 percent success rate, Emery has never had trouble finishing a job. But just a few hours into the first day of filming and one thing is clear—Estelle and her band of misfit p*ssies will give him a run for his money… and his heart.
ADD TO YOUR TBR ON GOODREADS
http://bit.ly/UntamableTBR
COVER DESIGNER: Simply Defined Art 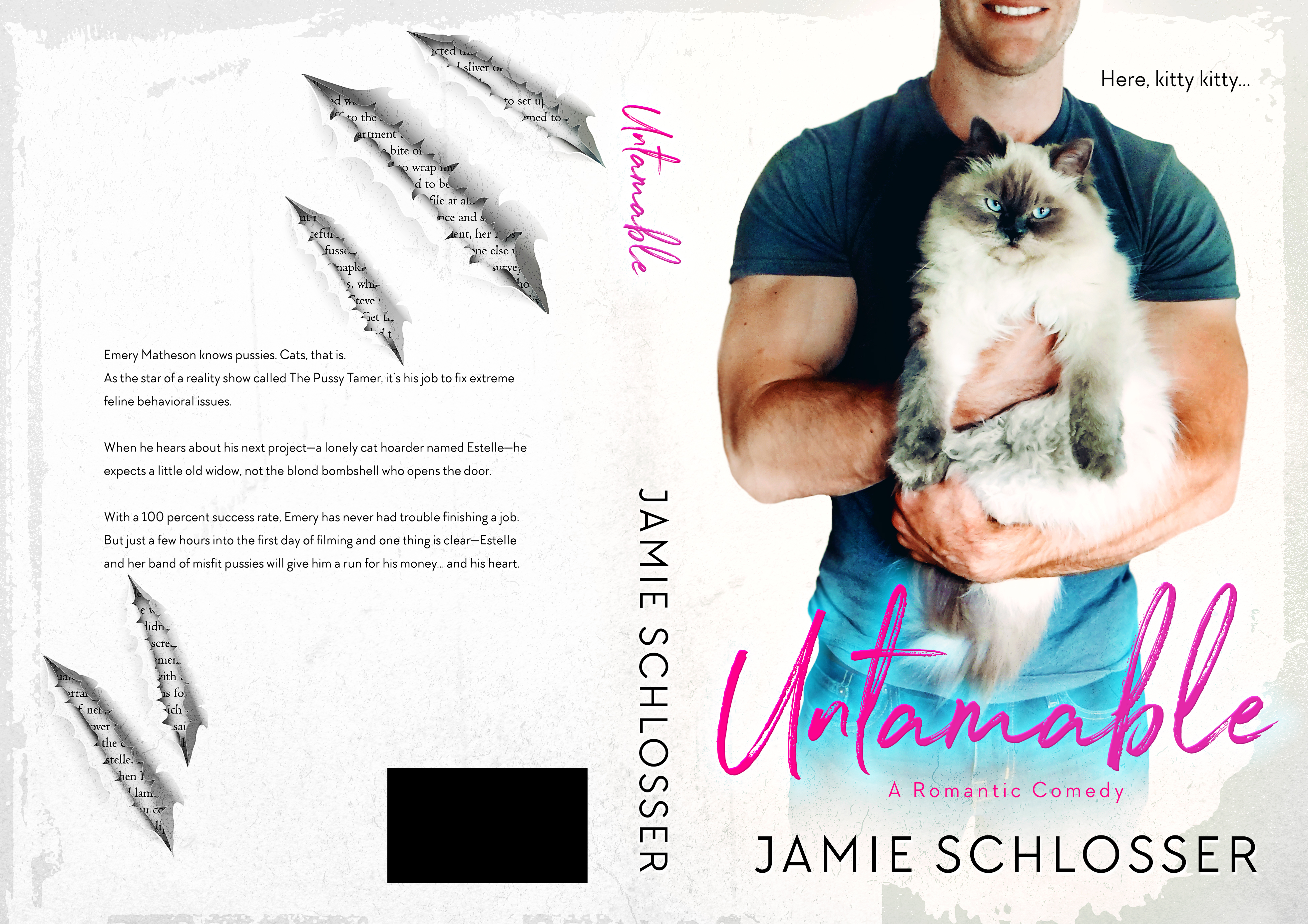 MEET THE AUTHOR
Jamie Schlosser grew up on a farm in Illinois surrounded by cornfields. Although she no longer lives in the country, her dream is to return to rural living someday. As a stay-at-home mom, she spends most of her days running back and forth between her two wonderful kids and her laptop. She loves her family, iced coffee, and happily-ever-afters.

One thought on “Cover Reveal – Untamable by Jamie Schlosser”